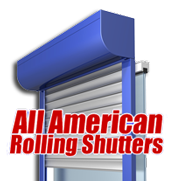 The Benefit of Increased Security

One burglary occurs every 9 seconds. As you read this, over a dozen burglaries will be committed.

Stop burglars in their tracks.


The fact is, the average burglar requires only seven minutes to do his dirty work. Statistics show that many thieves can enter and leave a home undetected and before the police reach the scene. Access is easy through patio doors and windows.

Even a moment's reflection will prove that your valuables, personal safety and the safety of your family are worth a fortune.

With All American Rolling Shutters, you can safeguard your family and valuables.

Security is a good reason, but not the only reason, to install rolling shutters. As burglaries and break-ins increase, property owners are searching for greater security for both their homes and businesses. Rolling shutters block burglars in their tracks. In fact, no burglar has ever been able to break into a home equipped with All American Rolling Shutters. In fact, burglars don't even attempt to break into a home or business with All American Rolling Shutters. Instead, they go on to ruin the lives of those whose residences or businesses have no protection.

Thieves look for an easy and fast way in and out of a building. Shutters are not something they want to deal with. Shutters provide security from intruders without the "what are they trying to hide" statement that security bars seem to make. Shutters also can be opened in the event of a fire, unlike security bars. When you have rolling shutters there is no need for the additional expense of a security monitoring company, which is an additional cost savings.
Rolling shutters are typically installed on the exterior of the home or office, completely covering the window or door. When fully closed and in the locked position, the shutters provide an effective visible barrier against window breakage and subsequent unauthorized entry. Many law enforcement agencies say these shutters are the most effective deterrent against unwanted intruders.